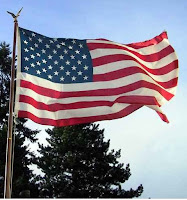 John Adams, 2nd President of the United States:
"The general principles on which the fathers achieved independence were the general principles of Christianity. I will avow that I then believed, and now believe, that those general principles of Christianity are as eternal and immutable as the existence and attributes of God."
John Quincy Adams, 6th President of the United States:
"My hopes of a future life are all founded upon the Gospel of Christ and I cannot cavil or quibble away...the whole tenor of His conduct by which He sometimes positively asserted and at others countenances His disciples in asserting that He was God."

George Washington, "Father of our Country", 1st President of the United States:
"I now make it my earnest prayer that God would...most graciously be pleased to dispose us all to do justice, to love mercy, and to demean ourselves with that charity, humility, and pacific temper of the mind which were the characteristics of the Divine Author of our blessed religion."

So they now say that the founding fathers were not Christians, that the U.S.A. wasn't founded on Christian principles. They sought God's guidance and knew without it that they would fail. Did they fail? We wouldn't be here today on this fine July 4th if they had failed. They were of one mind, and that mind was focused on God and His leading. Whether you want to believe it or not, whether you hate Christianity because of it makes you feel guilty and you hate those Bible thumpers, this nation was "One nation under God". Today's leadership's lack of seeking God is what has gotten us in the mess the media says we are in. It's not Bush's fault alone, it is the fault of those who worship the political party over all else. If Jesus Himself was to walk into Congress and say "This is what you do to guide your nation", they would yell Him down and scoff at Him because He wasn't of their party. Mr. and Ms. Senator, Mr or Ms. Representative, Mr. President, look to our founding fathers and follow their example and their advice. We don't need another Republican or Democrat, we need God seekers, are you a big enough person to do that despite what the media says about you?

Thanks for sharing some of the Founders' original writings. Most of them have been erased from the history books.

I'm glad there are bloggers filling the gaps in our knowledge about the forefathers.